I share with you my column that appears in the July 26th edition of the Aiken Standard.

The regular session of the General Assembly concluded on May 12; however, legislative work is never finished. There is currently new and controversial legislative action at the State House in the wake of the monumental Roe v. Wade decision by the U.S. Supreme Court.

The court’s Roe v. Wade ruling set off street protests and victory celebrations. Many mistakenly believe the court ended a woman’s right to abortion. Not true. The high court correctly turned the issue of abortion back to the states.

Fifty years ago, Justices over-stepped their authority and usurped states’ rights with the Roe v. Wade decision. Even the late liberal Justice Ruth Bader Ginsburg called the Roe decision “heavy-handed judicial intervention” and argued that in Roe, the Court “ventured too far in the change it ordered and presented an incomplete justification for its actions.”

The current Supreme Court abided by the Constitution and returned decision-making to the states so each can decide the best approach for its citizens. It is an enormous victory for federalism and a leap toward balancing the rightful authority of states versus the federal government. Nationally, both pro-choice and pro-life activists are drawing battle lines that will shape political initiatives in the months and years ahead.

Democrats in the U.S. House of Representatives last week quickly passed two bills aiming to ensure access to abortion in the post-Roe era. One measure would explicitly give health care providers the right to provide abortion services and their patients the right to obtain them, invalidating various state restrictions, including those in South Carolina. Another bill would protect the right to travel across state lines for abortion services. Neither bill has much chance of passing in the Senate.

Meanwhile, former Vice President Mike Pence celebrated the Supreme Court’s decision in a speech in South Carolina last week by outlining ways for America to preserve the sanctity of life. He said the overturning of Roe v. Wade was the end of judicial tyranny and was the “end of the beginning.”

“We must resolve that we will not rest, we will not relent, until the sanctity of life is restored to the center of American law in every state in the nation,” he said.

Pence said one of his goals is for all 50 states to ban abortion. Pro-life advocates hope to win a long-term struggle to change public perceptions about abortion, believing Congressional Democrats are putting forth radical proposals that would allow late-term abortions on demand.

A South Carolina House panel has been meeting this month to consider legislation further restricting abortions in the Palmetto State. Their first hearing lasted more than seven hours while they heard from scores of citizens with varying views.

Last week, the special committee took the first step in moving restrictive legislation forward. On a 9-3 vote, they sent H.5399 to the full House Judiciary Committee, which will be debated in a few weeks.

The legislation is considered a working draft and is expected to change as it goes through the legislative gauntlet in the House and Senate. The draft legislation seeks to outlaw nearly all abortions performed in South Carolina, only keeping the exception for the life and health of the mother, such as a miscarriage, molar pregnancy, and abruptio placentae.

The draft also does not seek to restrict in vitro fertilization or contraceptives and does not criminalize people for getting an abortion. It does, however, include criminal penalties for those who perform illegal abortions.

Restrictive provisions on traveling to another state for abortion are not included in the draft. Such a provision would likely infringe on other states’ sovereignty.

Rep. John McCravy, R-Greenwood, who chaired the special committee, said the goal of the recommendations is to end abortion as birth control. He added the health conditions named in the working draft are not an exhaustive list. 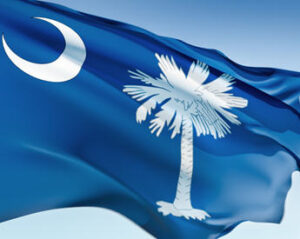 around six weeks. The General Assembly passed that legislation in February 2021, replacing the state’s previous law that allowed abortions up to 20 weeks.

The Fetal Heartbeat bill, which allows exceptions for rape, incest, the life of the mother, and fatal anomaly of the fetus, had been challenged in a lawsuit by those advocating for abortions. Following the Supreme Court’s Roe decision, their case was dismissed, and the Heartbeat bill became effective in South Carolina on June 27.

Not to be deterred, a group led by Planned Parenthood last week filed another lawsuit against the six-week ban citing violations against the state’s constitutional right to privacy, equal protection, and due process. If successful in obtaining a temporary restraining order, abortion services would be back in business in South Carolina.

I’m a father and grandfather. I treasure God’s amazing gift of life. I readily accept the label pro-life. 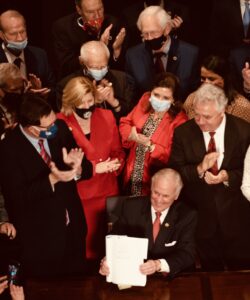 I voted for the Fetal Heartbeat bill and stood behind Governor McMaster when he signed it into law just hours after the final vote in the House. That new law has been in place only a month.

Now, some legislators are pushing hard for a total abortion ban and finding ways to criminalize the act. I don’t share their views. I label them “Absolutists” – they only want their way. I have asked women their opinions, and very few agree with the “Absolutists.” Most, certainly not all, are okay with the Fetal Heartbeat law, but eliminating the exemptions in the current law is a step too far.

If it were up to me (it is not), I would slow the process. Let us see the impact of the Heartbeat law over the next year or two. Let’s examine what happens in other states, some with total abortion bans and others allowing abortions at or beyond full-term. There is much to learn about the impact on our state’s social services. Is our foster care program prepared? How can churches and social services help with the potential increase in unwanted children? So many questions, so few answers, and solutions.

Regardless of my reservations, the legislative process is moving forward. There is one certainty – the final version of any new pro-life legislation will differ from the recommendations passed by the House panel last week. I will gladly work with sensible Representatives to protect the unborn while respecting mothers and their babies.

One of many precious lives! Our youngest grandchild, Heath, recently celebrated his first birthday. 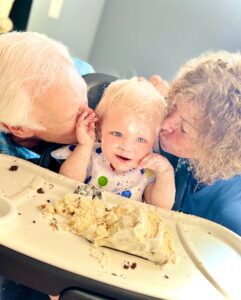