Nationally, the hoped-for “Red Wave”  fizzled in Tuesday’s Election. Because there are so many close and contested races, it is still unclear whether Republicans will control Congress to help counter the rabid Democrat/Progressive/Socialist agenda that has impacted nearly every aspect of American life these past two years.

When the election dust finally settles, allowing for clarity of vision, it will be time for deep political introspection by Republicans. Tuesday’s vote tally demonstrates we are a politically divided nation, nearly 50/50. For Republicans to elect a President in 2024, their candidate must be “electable” – someone who can attract a majority of voters with a hopeful vision for America.

The race for the White House will soon ramp up; Republicans need to buckle up for a very bumpy ride.

While the ‘Red Wave’ faltered nationally, it successfully washed over the Palmetto State on Election Day.

The election of Ellen Weaver to be the State School Chief is of particular importance. She is the needed change agent to lead improvements aimed at raising student achievement levels from their dismal current level while empowering parents to have a stronger voice in their children’s education. 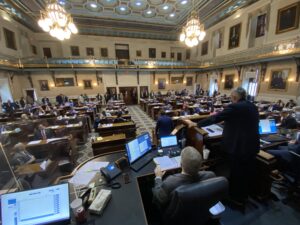 Most notably, the Big Red Wave swamped Democrats at the State House. Election day delivered Republicans a super majority (71%) in the S.C. House of Representatives, increasing from 81 to 88 seats occupied by the GOP. That leaves Democrats with a mere 36 seats.

Challenge of a Super Majority

The big question is unanswered. Can Republican Representatives coalesce rather than splinter into inter-party warring factions? Can they compromise and come together to pass a conservative agenda to benefit S.C.? Issues before us include school choice and pushing back on CRT, ESG, etc. Will Republican Representatives work hand-in-hand to further lower taxes, spend wisely, and help unbridle our state’s economy, businesses, and job creation with fewer regulations, not more?

In my first term during 2011, we had far fewer Republicans in the House and, therefore, stuck together to pass a meaningful agenda. We successfully passed one major bill each Wednesday that year. That prompted Democrat Representative Gilda Cobb-Hunter (somewhat humorously) to label the Republican strategy “Wicked Wednesdays.”

I yearn for the time when Republican Representatives pulled together for the good of South Carolina rather than fighting among themselves. Compromising among Republicans shouldn’t be difficult since we share the same general ideology. Regrettably, some of the “Absolutists” insist on having it their way or no way, which was evident in the abortion debate in recent months.

I pray my Republican colleagues will join hands and return to something akin to “Wicked Wednesdays.”

South Carolina is renowned as a veteran-friendly state, so Veterans Day is an exceptional opportunity to thank those who served in our nation’s military for their dedication and sacrifice. 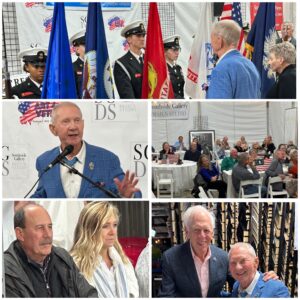 Gen. Livingston was the keynote speaker at Aiken’s Veterans Day ceremony. He chided veterans by telling veterans their service wasn’t finished. He called on them to continue to stand for America by working to educate our young people so they understand and appreciate the wonders of America. He said it is not their fault for not appreciating our nation; it is the fault of adults for not teaching them. Gen. Livingston was also highly critical of today’s military leadership in Washington DC pushing their woke agenda rather than safeguarding our nation’s defense forces. 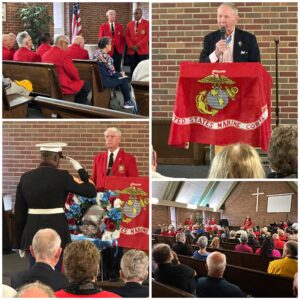 It was an honor for me to share in the Veterans Day ceremony at Anchor Rehabilitation in Aiken. The Thursday evening event was a reception with music, food, conversation and recognizing the veteran residents. Thank you, for your service and sacrifice. 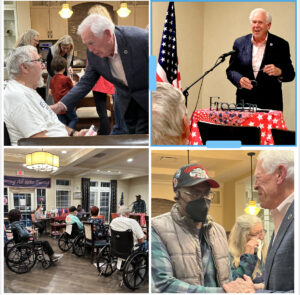 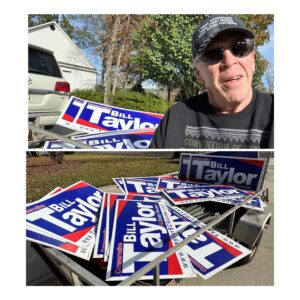 To the voters in House District 86, THANK YOU for the confidence you have shown me by electing me to continue my service on your behalf. I am humbled to be of service to you. On Wednesday, following Election Day, I did my part to curb ’Political Sign Pollution!’ I picked up all my big signs across the vast House District 86.