There is hope for America. I saw it first-hand. 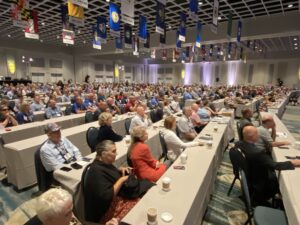 At the Convention of States National Leadership Summit in Orlando this month, I was one of only three legislators among hundreds of dedicated, grassroots citizen-patriots from every state leading the national battle to reclaim liberty.

I was invited to share with these citizen leaders the story of South Carolina’s nine-year successful effort to join a Convention of States (CoS) to rein in our out-of-control, bloated, and overreaching federal government. South Carolina is the latest state to pass legislation. We are the 19th in the thirty-four states needed to call a convention to propose amendments to the Constitution that would put the brakes on Washington DC by limiting their power over our lives.

South Carolina is pivotal in the initiative because Washington will never fix itself. It is up to the states to use Article V of the Constitution – a gift from our founding fathers for a time like this.

Levin on Our National Crisis

Famed radio and T.V. commentator Mark Levin told the CoS gathering that there’s only one movement standing up to the destruction of America, and that’s the Convention of States. 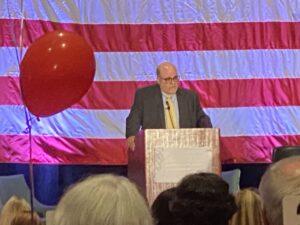 “We’re losing our country to people who don’t even believe in the Constitution. We’re sliding into the abyss and being attacked from within by those who don’t believe in individual liberty,” said Levin.

Levin added, “We don’t need lectures from them about us destroying anything. We are the ones who want to uplift this country and believe in this nation.”

Not everyone is inclined to be on the political battlefield as a grassroots activist or an elected official. The next best action for every American is voting. It is the easiest way to have your voice heard.

The ballot box is waiting for you right now. South Carolina’s new in-person, early voting system was created by the General Assembly earlier this year. There are two weeks of voting before General Election Day, ending Saturday, November 5. You can choose between voting at the County Government Center or in North Augusta in Aiken County.

We live in the greatest nation in the world, with freedom and rights that surpass every other country. Excuse a bit of sarcasm when I state we must be the envy of the world because millions of criminal invaders are pouring over our southern border to get here. Yet, with all our blessings, many Americans fail to exercise their right (obligation) to vote. The following statistics illustrate voter apathy:

The late Rev. Billy Graham was asked what individuals can do when they feel helpless amid a national crisis and want to do something but don’t want to get involved in politics.

Rev. Graham’s response: “I do not believe that we as Americans and Christians should withdraw. We need men and women of integrity and Christian commitment no matter which political party you belong to.”

Rev. Graham was right. Regrettably, many Christians don’t heed his advice. Here are the sad statistics provided by FAITHWINS:

People of FAITH would be the largest voting block ever assembled in America if they voted. Imagine if all people of Faith voted on Election Day and voted for the individual who best reflects Christian values.

The folks at FAITHWINS.org write, “The real battlefield for Christians is government. It is not the homeless issue. It is not a school issue. It is not godless entertainment or fake news. These issues and more are all being manipulated by anti-Christian, man-made laws we are forced to obey.”

FAITHWINS continues, “Politics is not a dirty word. The definition of politics is governmental authority over a land. It deals with elections and laws that determine how we live. Christians are God’s political first responders. The only thing standing in the way of the end of our nation is believers doing little to nothing.”

If people of Faith don’t step up and get involved – who will?  Show up and let your values be your guide.

I conclude with my strong endorsement of the two Constitutional Amendments you will find on your S.C. ballot. 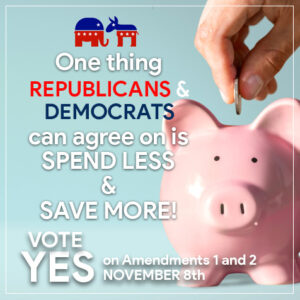 The proposals would increase how much the state contributes to its “rainy-day” accounts, more technically known as the General Reserve Fund and Capital Reserve Fund. The former would be raised from 5% to 7%, and the latter increased from 2% to 3%, based on the previous year’s revenue.

It seems as if ballot amendments are written to be confusing. That’s unfortunate because people who don’t understand ballot questions tend to vote no. These proposed amendments were supported nearly unanimously by both Democrats and Republicans in the General Assembly.

With an economic recession upon us, South Carolina’s next rainy day could be right around the corner. Now more than ever, this is the time to boost our state’s reserves and prepare for whatever storm may come.

Vote YES, and you are telling the S.C. state government to save more and spend less. 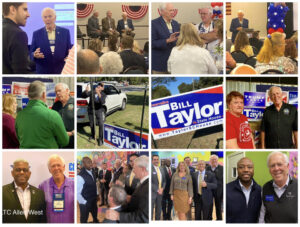