Legislative debate can be fascinating. The rhetoric can make it seem as if up is down and wrong is right. That was the case this week when Democrat Representatives used twisted logic, exaggerations, and fabrications to combat legislation that curtails the teaching of Critical Race Theory to our elementary, high school, and public university students.

Fortunately, after two days of speeches by House Democrats and their 290 amendments, Republican Representatives passed the “Transparency & Integrity in Education Act.” It calls for instruction to be non-biased and include a broad scope of history, both inspirational and shameful. It also provides a fair complaint process for students, parents, and teachers. The legislation (H.5183) passed 73-40, mostly along party lines. 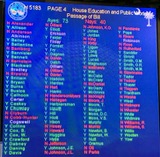 Democrats wailed that the bill called for censorship and claimed it would prevent students from learning about the ugly parts of the states and nation’s history. It’s just the opposite. The bill requires lessons in S.C. public schools to be impartial and age-appropriate. It does require teachers to teach facts without bias. It also empowers parents with transparency by requiring schools to post online the textbooks used and a general overview of topics for each course.

“The bill does not discuss student feelings and subjective language. Our state superintendent repeatedly told our committee that language prohibiting instruction that makes students feel uncomfortable would stifle teachers. That is not in this bill,” said Allison.

Election Integrity Hangs in the Balance

With the 2020 Election still vivid in our rearview mirrors, improving South Carolina’s election integrity and the process is a top legislative priority. This week, during the Senate debate, Sen. Chip Campsen summed up the goal nicely, “Make it easier to vote and harder to cheat.”

The Senate this week joined the House in passing our comprehensive election bill (H.4919) that improves and fortifies the integrity of our state’s election system. Importantly, it creates a two-week ‘early voting’ system leading up to Election Day, allowing folks to vote in person at convenient precinct locations. That reduces the reliance on mail-in absentee voting, which has greater potential for election mischief. It also expands state-run audits of voting machines and ballot counting after elections and increases penalties for voter fraud.

Here’s the problem – the bill’s final passage is in jeopardy over political squabbling. Senators insist they have the power to confirm the governor’s choices for not just the director but also the five members of the board of the S.C. Election Commission.

Good Grief! This internal political tug-of-war jeopardizes a major election fix that both Republicans and Democrats have supported in unanimous votes. How ’bout if we focus on the important election reforms rather than petty stuff? Let’s get this bill signed into law to strengthen this year’s voting process!

Senators joined the discussion to shake up the University of South Carolina governing board. The House has already approved the fast-track legislation to fire the current trustees and shrink the board from its 20 voting members. The House bill reduced the number of trustees to 13; a committee of Senators raised that number to 15.

The big difference in the Senate approach – rather than using U.S. congressional districts to draw the lines for most of the seats as the House passed, the Senate has turned to six counties housing U.S.C. campuses and chose other trustees at large with the caveat that one county cannot have more than one board member. That would ensure that Aiken County would have a Trustee for the U.S.C. system because of the presence of USC-Aiken.

Next week, the full Senate is expected to debate their version of next year’s state budget. Huge differences exist between the House and Senate versions of the budget, so anyone’s guess as to the look of the final budget. Lots of differences must be resolved to advance a final product.

Included in the Senate’s version of the budget is over $2 billion to implement the Senate-passed tax relief legislation, which immediately reduces the top marginal income tax rate from 7% to 5.7% and the industrial property tax rate from 9% to effectively 6% and is one of the S.C. Chamber’s top legislative priorities this session.

At the close of the session Thursday, House Speaker Jay Lucas announced he would be stepping down from his leadership position on May 12th, the last day of the regular session. Lucas had previously announced he would not be seeking re-election this fall after serving twenty-four years in the House of Representatives. The election of a new Speaker will take place next week. Ways and Means Chairman Murrell Smith (R-Sumter) is expected to be elected Speaker. 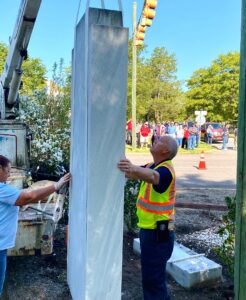 Aiken County veterans watched Friday morning as the Vietnam Memorial was carefully removed from its longtime location on Lauren’s Street in downtown Aiken. It took an act of the legislature to allow the monument to be relocated to Veterans Park on East Richland Ave. Credit for the move goes to the Aiken County Veterans Council, whose members persevered in advocating for the relocation, so the Vietnam veterans are more appropriately honored. 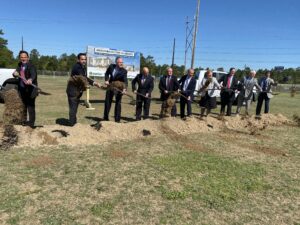 This week saw the groundbreaking for the Advanced Manufacturing Collaborative (A.M.C.) facility to be built on the U.S.C. Aiken campus. This world-class facility will serve as an innovation hub providing research and development opportunities. The 60,000-square-foot facility will house collaborative research and development in a private-public partnership connecting scientists and engineers from the Savannah River National Laboratory with innovators from the commercial sector. At the groundbreaking, Congressman Joe Wilson said, “The Advanced Manufacturing Collaborative will maximize industry and education and create more jobs in the Central Savannah River Area.” 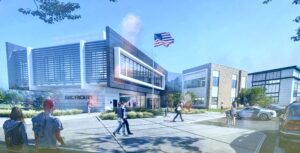 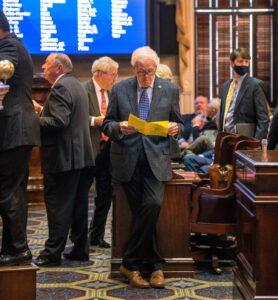 It can be rather chaotic and noisy on the S.C. House of Representatives floor. Perfect for those of us with A.D.D! Sometimes one just needs to find their own quiet place and inner focus during the chaos.

Previous Post
“Hello, Washington, we’re coming to fix you.”
Next Post
A “Fix” for the Election Fix