Hundreds of thousands of foreign invaders are swamping our nation’s southern border while Joe Biden has all but turned a blind eye to the compounding crisis. His administration claimed the Hattian invaders were being flown back to Hatti, but that was a lie. Only a few thousand have been sent back while the vast majority were secretly flown to various states and released with the promise they would show up at a future immigration hearing.

This is all happening amid a global pandemic. Most assuredly, some of the invaders are COVID infected and bringing the virus to us unchecked. That doesn’t seem to concern Biden. It is American citizens who the Biden administration is targeting with COVID mandates.

Look no further than Biden mandating COVID vaccinations for more than 100 million Americans. Candidate Biden vowed he would not issue vax mandates, and he flip-flopped. Biden now cites the use of his regulatory powers to force unvaccinated Americans to take the jab. His executive edict is beyond a president’s authority.

It’s About Liberty, Not Vax

I’m not anti-vax, I have experienced COVID, and I have been vaccinated. My choice. What I stand for is the foundational American principle of individual Liberty.

Every American has the right to decide for themselves the best medical options for their unique situation. Medical decisions are most personal, and it is not the government’s job to force Americans to take a vaccine that has proven to have deadly consequences for 15,000 victims, according to CDC’s statistics. Another 91,000 have suffered severe injuries, and there have been more than 700,000 adverse events. And these are just the reported cases; it is believed that many more go unreported to the CDC.

Of course, the government authoritarians glance over these inconvenient facts, shrugging them off as collateral damage or statistically insignificant. What is inconsequential to them is very personal to those who died and their families.

Biden contends his vax mandate is about protecting you and those around you. 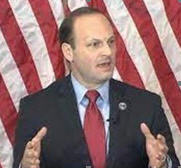 Wilson writes, “Suppose President Biden’s executive action is allowed to stand. In that case, any President can use this reasoning to justify taking any unilateral action on any issue they want without any authority granted by Congress. Who is to say this justification cannot be used to support the regulatory confiscation of guns, a regulatory prohibition on smoking, a regulatory prohibition on the consumption of unhealthy foods, and even regulatory limits on free speech – after all, it’s not about freedom or personal choice but about protecting us from ourselves and each other.”

Attorney General Wilson recognizes vaccine mandates have existed for decades and that the courts have granted broad police power to state governments when applied reasonably. State governments can implement mandates (with specific accommodations) to protect public health through a constitutionally prescribed process. Furthermore, private employers have the right to run their businesses how they see fit and can thus implement mandates if they want to. Conversely, the government can also pass legislation prohibiting mandates.

“But that is not what is happening here. With President Biden’s policy, there has been no debate and no action taken by Congress. Instead, the President has decided to put the Constitution on the proverbial chopping block,” writes Attorney General Wilson.

Biden’s vax mandate hits particularly hard in Aiken County. The federal contractors at the Savannah River Site (SRS) are moving full throttle to please Biden and get 100% vax compliance. Those who resist have been told they will be fired.

Of course, finding another job will be increasingly difficult because Biden doesn’t stop with federal workers and contractors. He has ordered OSHA to enforce his rule that requires all companies with 100 or more employees to ensure their workforce is fully vaccinated, and those who resist must undergo weekly testing.

Fortunately, many Aiken County residents are freedom-lovers, and they are rightfully resisting this unlawful presidential edict. I have heard from and talked to many constituents, and here is just one example:

“My husband is at risk of losing his job at SRS that he has held for twenty-four years because of this unconstitutional mandate that goes completely against our religious beliefs. We must take a stand for our freedoms and fight against this tyranny. We are at the gates of hell. We need to do everything we can to stop this. Thousands of employees are being put in a position to make a choice. Now, it is the vaccine, but what is the next thing they will hold over our heads in our ability to earn income if we do not comply? Our entire way of living, this country is at stake if we allow this to happen.”

In response to Biden’s vax mandate, Governor Henry McMaster stated, “The American Dream has turned into a nightmare under President Biden and the radical Democrats. They have declared war against capitalism and thumbed their noses at the Constitution. Rest assured, we will fight them to the gates of hell to protect the Liberty and livelihood of every South Carolinian.”

Attorney General Wilson and 23 other attorneys general have warned Biden that they will file litigation challenging the proposed mandate on private-sector employees. They are waiting for the release of OSHA’s specific regulations to take the Biden administration to court.

The General Assembly is not in regular session until January, which restricts immediate legislative options. To move more swiftly would need a two-thirds vote of the legislature which can’t be achieved. In January, I expect one of the first bills to pass the House will be S.177, which has already won Senate approval. It would protect South Carolinians from being compelled by their employers to take COVID-19 vaccination.

Friends, these are perilous times. There are those among us who applaud government mandates. That applause will quickly fade when they realize they have forgone their precious freedoms, and another president they don’t like will have the same unilateral authority.

“Trump’s Gone, but You’re Still Deplorable!” That was my message to Aiken Republican Club members. I honored these American patriots for believing in the greatest nation the world has ever seen. No politician or political party will save our country from the Socialists/Marxists — only THE PEOPLE can prevail by standing up, speaking up, and banding together to defeat the Cancel Culture, Wokeness-Gone-Wild, the anarchists, Marxists, and the authoritarians now in power in Washington. 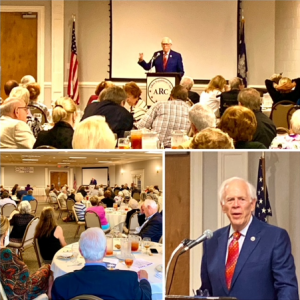