Every day we’re bombarded with so much negative news it’s easy to feel the world is hopeless and America is lost. If you feel that way, I suggest you turn off the national TV news (I did in 2008). That stops those purveyors of propaganda from spewing on you.

This newsletter may help you with some good news — the progress made by your SC General Assembly in the first half of its legislative session.

This year was challenging and out of the ordinary in many ways. Legislators navigated uncharted waters as the pandemic challenged our state’s public health system, schools, economy, and small businesses in ways no one could have fathomed. Despite significant challenges, there were significant accomplishments.

In my last newsletter, I addressed in-depth the progress made on the SC Pushback Agenda. You may recall that in February, I unveiled The Pushback Agenda, a summary of legislation filed by various Representatives. It is legislation that pushes back on unnecessary, unwanted, and unconstitutional mandates from Washington and even South Carolina. It’s not my plan (although I have sponsored several critically important bills). The Pushback Agenda represents the independent work of many Republican legislators. Since we are the majority, consisting of two-thirds of House members, we are in the best position to lead the pushback.

Maintaining the integrity of our elections is more critical now than ever. A crucial Republican agenda item passed this year was a bill to ensure our elections are run fairly across the state by prescribing a consistent process and accountability measures. This legislation has two goals: maintaining the integrity of every vote cast and ensuring elections are uniform across all 46 counties. This bill passed the House and awaits a Senate vote.

When private money is involved in public elections, the integrity of the election may be compromised. We voted to ensure NO private funds are ever allowed to fund county election boards for the conduct of elections as was done by Facebook’s Mark Zuckerberg last fall.

Additionally, the House Legislative Oversight Committee is conducting in-depth hearings into our election process to ensure voter rolls are continually pruned and other election processes are first-rate. There will be much more coming from this investigative committee in the coming months.

In the biggest of all pushback victories aimed at restraining the ever-expanding federal government, the House of Representatives voted to join an Article V Convention of States. This culminated seven years of educating legislators on how our founders gave states the constitutional authority to join forces to rein in an out-of-control federal behemoth. Senate approval is needed. Hopefully, that will come early next session.

We pushed back on the executive powers assigned to any SC governor passing legislation that provides after 30 days the ability to extend, modify, or discontinue a State of Emergency order falls into the legislature’s hands. The Speaker of the House and President of the Senate may call the legislature back, or 10 of our 46 county legislative delegations can elect to come in to modify the order. This vital bill acts as a check to the executive branch and holds elected officials more accountable to the desires of their constituency.

Standing for life is a critical mission in South Carolina. Passage of the Fetal Heartbeat Bill is historic, pro-life legislation that protects a baby-in-utero once a heartbeat is detected. Exceptions for rape, incest, and the life of the mother are included in the measure. This is a significant pushback on those who would allow infanticide to be part of their pro-abortion agenda. I proudly supported this bill, which was signed into law by Gov. McMaster. Regretfully, this law is now being challenged in court. We also voted to ensure that public money in the state can never be used to purchase fetal remains. 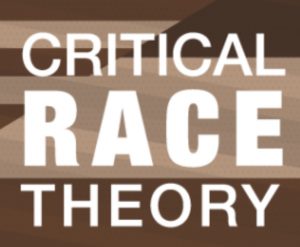 A proviso in the state budget that passed last month temporarily puts the brakes on the Critical Race Theory (CRT) curriculum, so it does not get a foothold in our K-12 public schools. CRT is an insidious Marxist-driven effort that divides Americans into oppressors and oppressed based on their skin color. In simple terms, CRT reformulates the old Marist dichotomy of oppressor and oppressed, replacing the class categories with White and Black – positive traits are attributed to “Blackness” and negative characteristics attributed to “Whiteness.” It’s all about class warfare heaping “white guilt” on those who aren’t black. CRT teaches children they are defined by their race, not as individuals. The budget proviso that was passed has the force of law and serves as a one-year ban on the CRT curriculum providing us time to debate and vote on H.4343 (the permanent law), which I have sponsored.

The “Open Carry with Training Act” is the most advanced Second Amendment Legislation to pass out of the South Carolina General Assembly in over 25 years! Here’s what the law does:

The “Constitutional Carry Bill”, providing that any person can carry a handgun, concealed or open, without a permit, won House approval and is currently in the Senate, where it can be debated as we enter the second half of the session in January.

Santee Cooper is our state’s largest asset and provides electricity to approximately two million South Carolinians. We passed a bill that implements many significant reforms, helps the agency to remain solvent and financially sound, and ensures accountability, transparency, and oversight. The Santee Cooper Reform Bill puts checks, balances, and guardrails in place to maximize the utility’s value to protect customers and taxpayers.

The General Assembly strives to improve the quality of education in South Carolina for both our students and educators. Here are a few key highlights from this year’s session:

Getting Down to Business

This year we focused on reopening SC businesses after the pandemic and ensuring they could thrive. We passed the COVID-19 Safe Harbor Liability Act, giving companies that follow appropriate safety guidelines immunity from certain liabilities. This was an essential step in getting South Carolina back to business.

We passed legislation allowing small businesses to be on an equal playing field with big corporations by allowing S-corporations, partnerships, and LLCs to deduct state income taxes on their federal tax return. Additionally, we extended the abandoned buildings tax credit, offering tax credits to incentivize the rehabilitation of abandoned buildings. These bills make South Carolina a better place to live and do business.

Supporting our military personnel is always a priority! We passed legislation that eliminates the requirement that a veteran or dependent enrolls in a public institution of higher education within three years of their discharge to be eligible for financial assistance.

S.200, allowing for the death penalty to be carried out by electrocution, lethal injection, or firing squad, was signed into law. There is a shortage of the drug used to carry out the death penalty. Consequently, justice is not being served to those who have committed the most heinous crimes.

I trust this summary of legislative progress is instructive. Of course, there is much more to accomplish, particularly in moving for passage of bills on The PUSHBACK Agenda. You can find the summary of that agenda on the homepage of my website: https://TaylorSCHouse.com

Lastly, I champion government transparency as evidenced in my 7-year campaign to improve SC’s Freedom of Information Act (FOIA) law making government more transparent and responsive. You can also hold me accountable and know my every vote and every legislative bill I sponsor by checking out this online summary.

It’s often said, “South Carolina isn’t a small state, it’s just a big neighborhood.” And, as we know, “neighbors” carry stories. Well, here’s my story direct from me. Last week, I lost a battle with a swarm of bees. In the melee, I took a hard fall — very hard — with my head bouncing off the ground several times. The result was severe whiplash. Following an MRI, my doctor informed me that I fractured my neck. That means I’m temporarily grounded, but surgery isn’t needed. My mother, who passed away more than 50 years ago, often admonished me, “Keep that up and you’re gonna break your neck!” She must be looking down, shaking her head in amazement that it took so long. 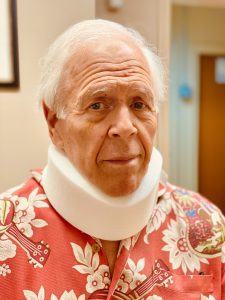 It is my honor to be of service. If you need assistance during these trying times, navigating through the flow of information on COVID-19, navigating state government, or have any thoughts or concerns about the legislature, please do not hesitate to contact me.